Can Europe become the most entrepreneurial continent? Let’s start with Romania 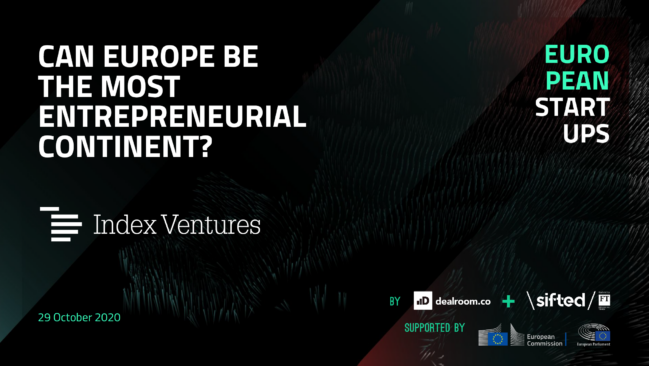 Romanian tech startups need more capital for growth: so coronavirus has influenced Europe’s economies in the last seven months, the  tech sector continues to expand and create employment opportunities. Despite Covid-19, European companies have raised 29 billion euros in 2020 so far.

With a decrease of 69% (from 0.7B euros to 0.2B euros), Romania registered one of the highest negative impact on the cumulative venture capital investment amount from January to October 2020 as compared to January to October 2019, according to new data produced by Dealroom for the Not Optional – Making Europe the Most Entrepreneurial Continent summit.

Based on this data, the value of European tech companies has risen by 46% in 2020, although the biggest leap happened between 2015 and the start of January 2020.

A third of the combined value of companies is based on the top 10 leading tech businesses in Europe: Adyen, BioNtech, Delivery Hero, Klarna, Spotify, Ocado, HelloFresh, Takeaway.com, UiPath and Zalando.

Spain and Denmark are other two countries with a big decrease of the cumulative venture capital investment in 2020: -51% and -34%. 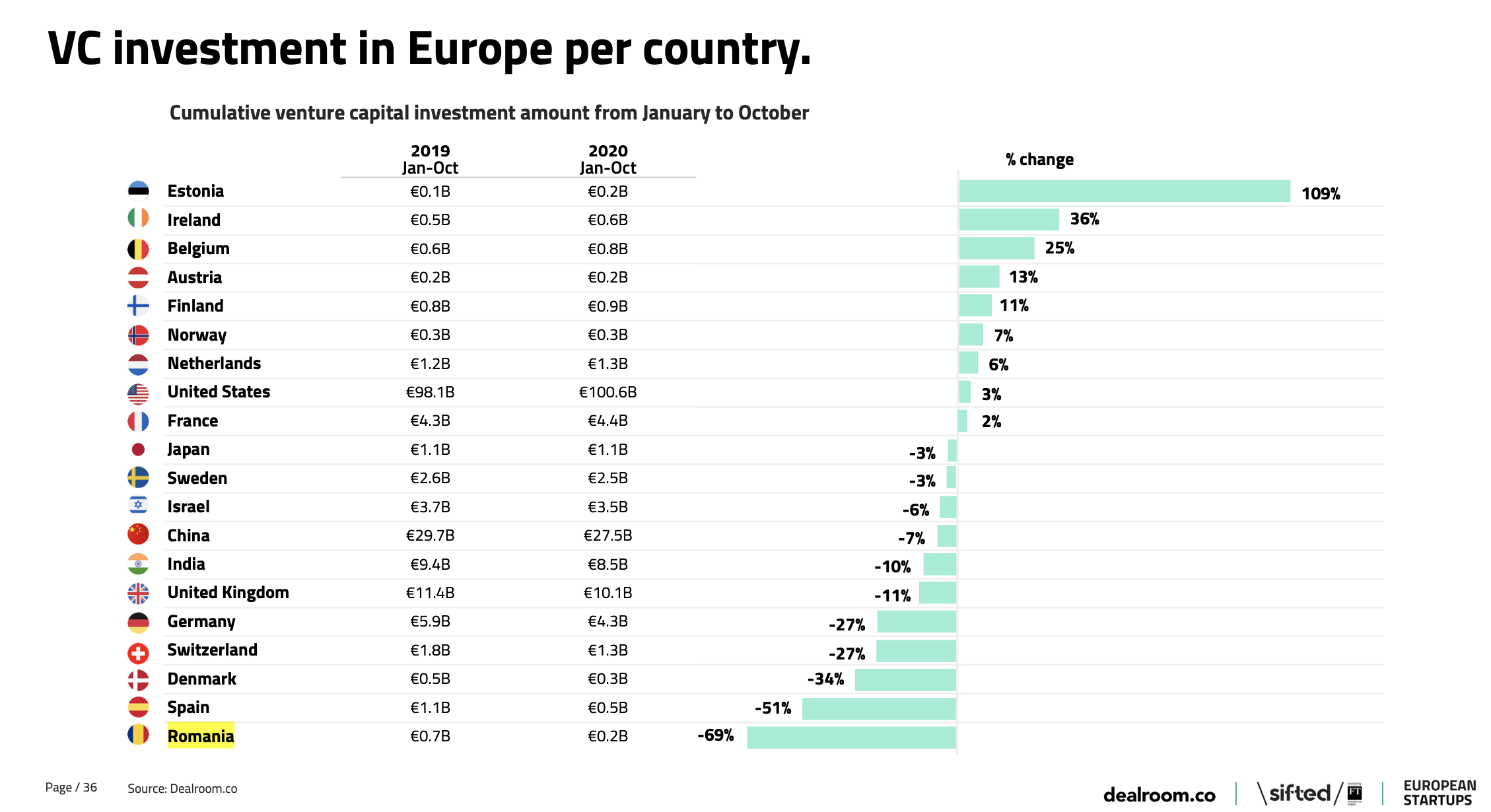 The research, which was carried out as part of the European Commission European Startups programme, also highlights that European startups need at least three times more capital than has been raised in recent years by local VCs.

According to the report, Europe’s tech sector is worth four times what it was five years ago as the leading generation of companies and founders give back to the next wave of ambitious tech firms. But there’s still work to be done to close the gap to the US and Asia.

The current economic crisis may have an effect on investment activity, but some statistics are make us optimistic that the Romanian startup ecosystem will be stronger. 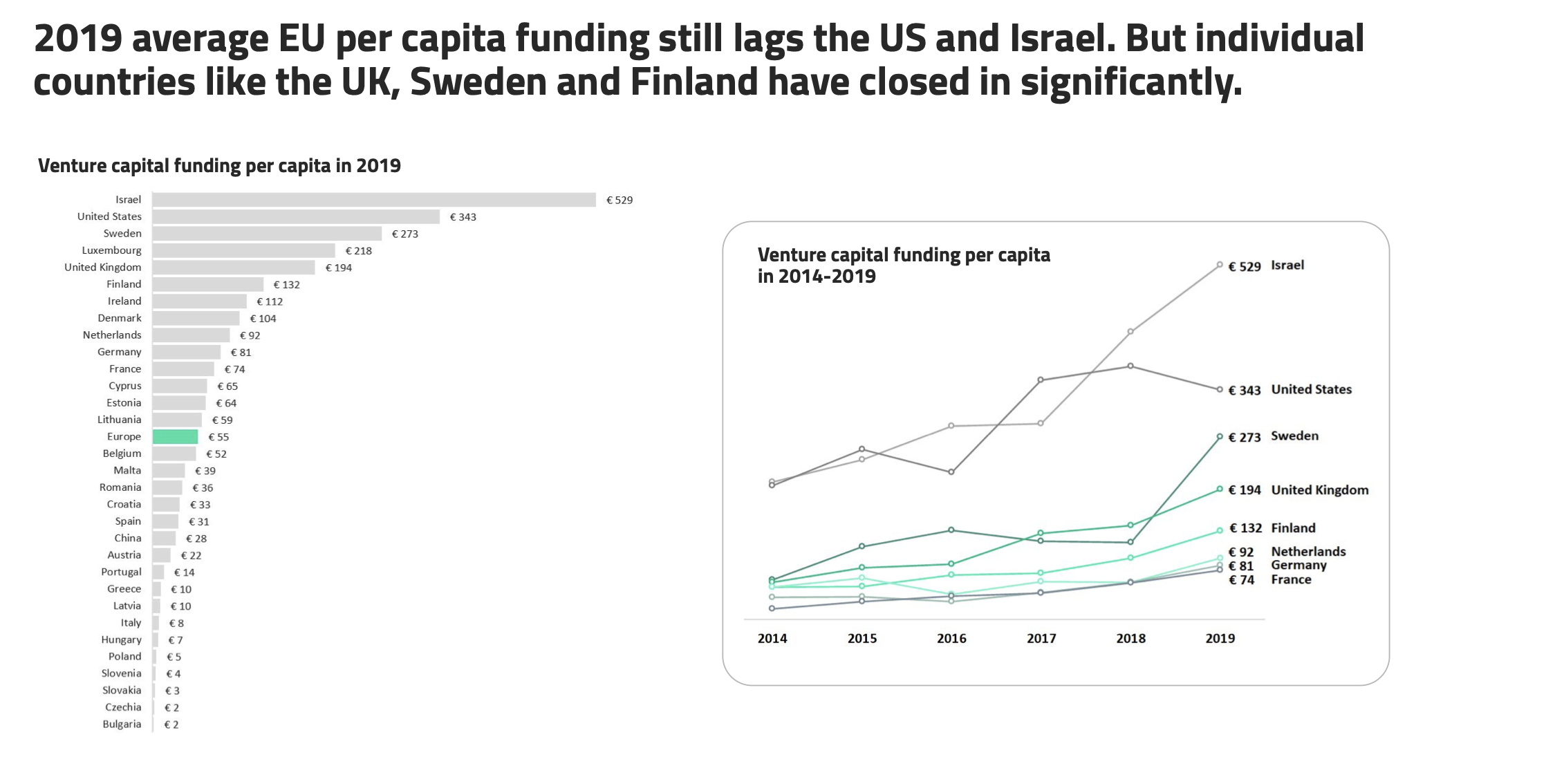 The average Romania per capita funding for startups and scaleups lags other European countries but it is on 15th place, with 55 euro per capita, above some countries like Belgium (55 euro), Spain (31 euro), Austria (22 euro) or Poland (5 euro). The research reveals that the value of European tech companies has increased rapidly, but the 2019 average EU per capita funding still lags the US and Israel. But individual countries like the UK, Sweden and Finland have closed in significantly.

It is difficult to know how long the economic downturn caused by the coronavirus will last, but the amount of venture capital funding for Romanian tech startups during the first four months of pandemics looks decent. 👇 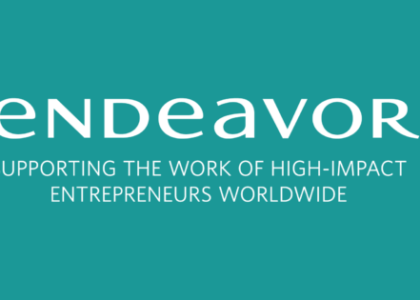 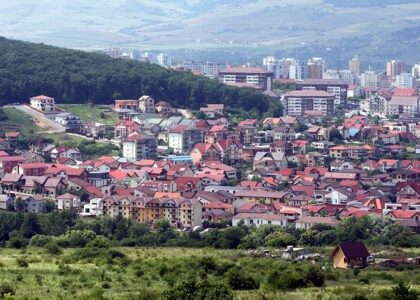 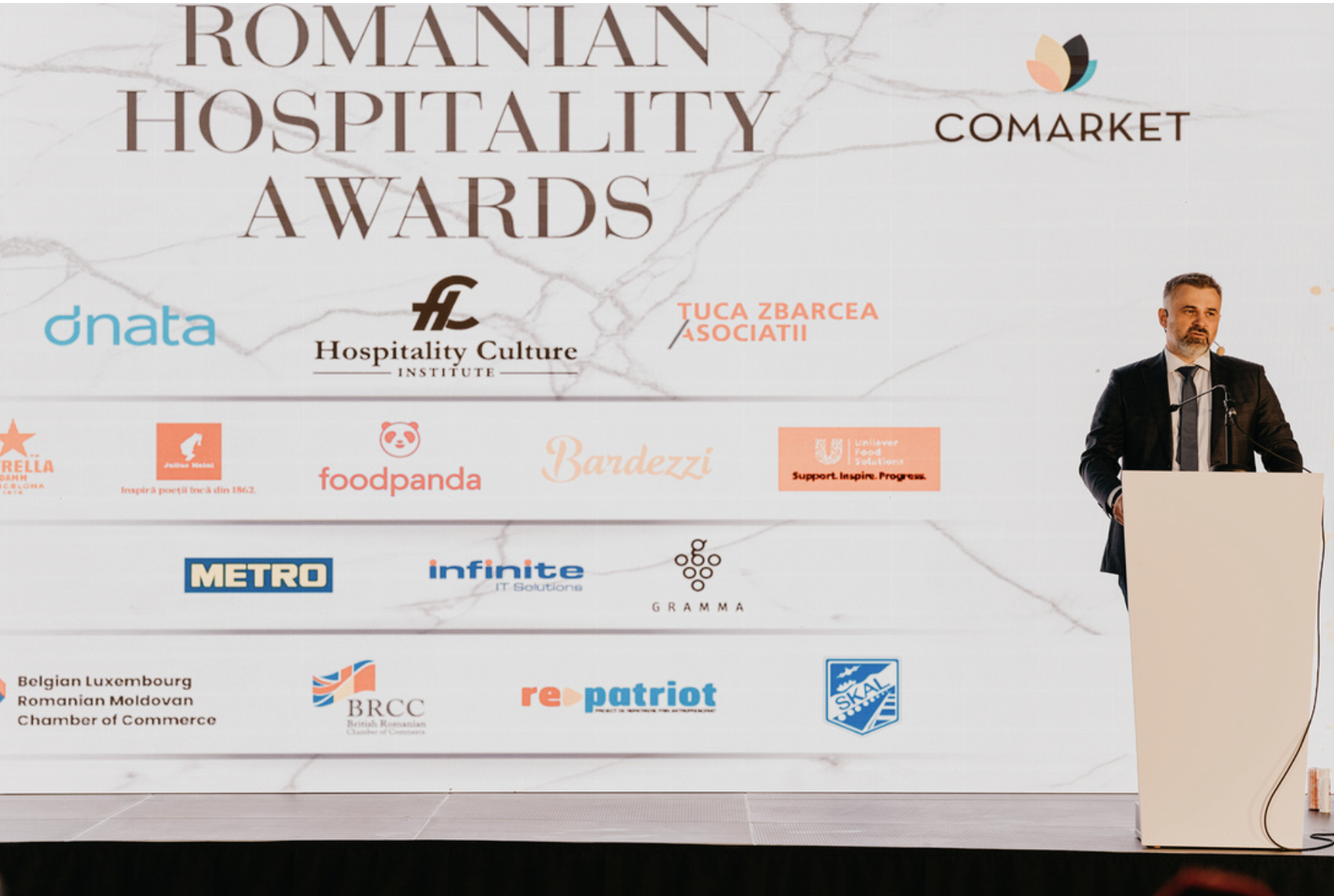