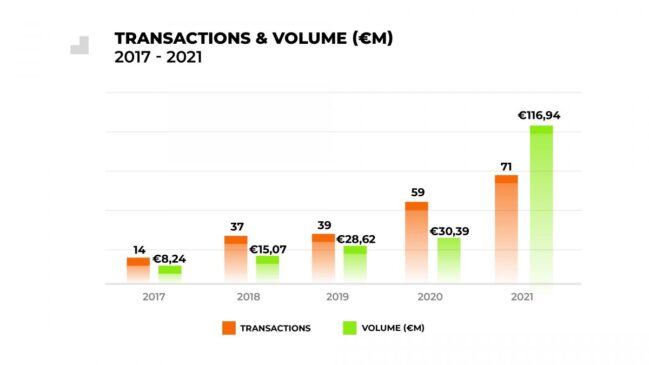 In 2021 the Romanian venture capital market broke the €100M barrier of venture deals for the first time in the post-UiPath era. I chose for you three good pieces of news from the Romanian Venture Report and outlined my view and the reasons to be optimistic.

How to Web tracked 18 rounds with over €1M in funding each, totaling 68% of all transaction volume, with an even Romanian / international capital split.

My take on this: It is a new trend, and last year I met more Romanian scaleups that raised more than €1M. One example is Bunnyshell, a stellar startup I worked well last year, which closed a EUR 1.1 million funding round that Early Game Ventures led. Druid, a startup specialising in developing intelligent virtual assistants (chatbots) for enterprise organizations, raised USD 2.5 million last year through a Series A financing round, led by GapMinder VC with an investment of USD 2.2 million completed by Early Game Ventures and private investors. Code of Talent raised a EUR 1.7 million Series A equity financing round led by Catalyst Romania Fund II and supported by existing investors ROCA-X and SeedBlink. Stailer, a tech scaleup I also work on PR, raised 1,2 million euros last year and now targets Hungary. SeedBlink, a platform that democratizes access to early-stage investments, closed a Series A funding round worth EUR 3 million last year.

FLOWX.AI, an enterprise platform that enables banks and financial institutions with complex IT infrastructures to build fast and modern digital experiences that are unbounded from the limitations of legacy systems, raised EUR 7.35 million in seed funding in 2021. FLOWX.AI has already announced the opening of its Paris office. Digitail, a cloud service for veterinary surgeries and customers, raised USD 2.5 million in a seed round led by byFounders and Gradient Ventures (Google’s AI fund). FameUp, a mobile platform for micro-influencers, raised a EUR 2.5 million round from Early Game Ventures and other investors, including Daniel Dines.

My take on this: Indeed, financing became more critical in the hierarchy of needs for entrepreneurs in the post-Covid-19 economic recovery, which offers many opportunities for local and global growth. More numerous founders are growing with the aid of several funding sources. I found four options that have emerged in the pandemic or become more available to companies now than in prior years.

i) Institutional investors. We have not seen institutional investors funding Romanian startups or scaleup tech companies directly until this age. For example, the International Finance Corporation (IFC) supports FintechOS’ global expansion strategy with a $ 10 million investment. What is striking about this financing: it was the first investment granted directly to a Romanian tech scaleup by the International Finance Corporation.

ii) Angel investor associations. Given that the traditional source of financing – bank lending – is limited due to the level of risk that new companies have, an alternative and viable source of funding for these businesses has proven to be business angels. Not only has the number of individual investors in tech startups increased steadily in recent years, but in the last year, we have seen coagulation of the angel investor community. I would mention an active trio on the Timisoara – Bucharest – Cluj axis: Growceanu, TechAngels, and Transylvania Angels Network.

iii) The founders became millionaires. More Romanian companies, tech and non-tech, have already built Romanian millionaires. Some of them, in turn, become investors in new projects on the local market, and an excellent example of this is Daniel Dines, one of the co-founders of UiPath, who also began investing in tech startups. An example is the Romanian startup FameUp, a mobile platform dedicated to micro-influencers, which drew 2.5 million euros from the Early Game Ventures investment fund. It participated as an angel investor and founder UiPath Daniel Dines.

iv) International investment funds. If in 2019 and 2020, more venture capital funds started in Romania invested in Romanian tech startups in the seed phase, in 2021, we see that more and more founders manage to attract worldwide investors to shareholders. Only one example: the Romanian startup Framey, which received a $1 million investment from ICE Capital in Dubai, supported by the local fund JECO Capital.

v) Alternative investment fund managers An attractive financing round has been announced, which marks a premiere in the financing area of Romanian companies: the first time that a SIF invests in a tech startup.

KFactory, an Industry 4.0 startup, received 600,000 euros in financing in an investment round led by Fortech Investments. The existing investor Sparking Capital and, surprise, SIF Transilvania (SIF3), a market value of 733 million lei on the Bucharest Stock Exchange.

In 2021 Romanian Venture Report tracked 3 Series A transactions, an increase by 33% compared to 2020. “Growth is on the right track, but still lags, so we’re looking forward to seeing this ramping up in the future”, say the authors of the report.

My take on this: Indeed, we should study the conversion rates from seed rounds to Series A more. Romanian companies seem to convert worse than the average with an 8,1% rate. The European average conversion rate from seed routes to Series A is 16,1%, according to NGP Capital. As a comparison, the top 4 countries in terms of seed funding per capita (Israel, Ireland, UK, Switzerland) all perform at or above average in moving companies forward to Series A. French companies seem to convert better than average at a 17,9% conversion rate, whereas German ones are behind at 14,8%. 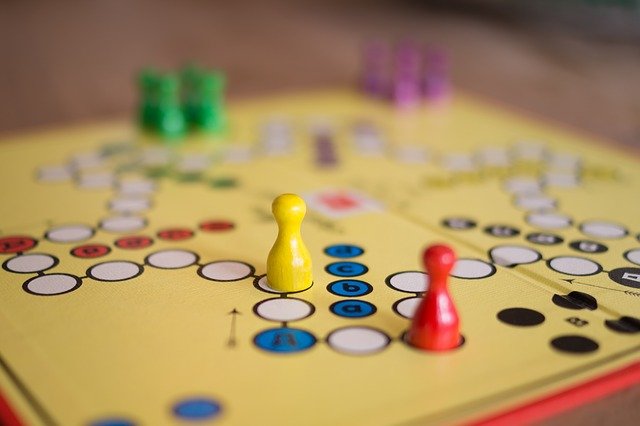